Construction of the Cathedral of Mallorca started in the 13th century and ended in the 1630s. The Cathedral is in the Mediterranean Gothic tradition, but over the centuries, it has incorporated the cultural forms of the modern and contemporary periods.

The history of the Cathedral is intimately linked to the local monarchy. After the conquest of Madina Mayurqa in 1229, James I, who was king of Aragon and count of Barcelona, ordered the consecration of the former great mosque to the Virgin Mary as a site for Christian worship and the building of a new church in the style of that time, using part of the site of the old mosque.

The first historical documents relating to the building of the Cathedral date from 1230. Bishop Pere de Morella consecrated the altar stone of the main altar. And during the reign of King James II (1276–1311), construction of the building we know today began.

Around the second half of the 13th century, new stonework started being laid in the chevet. This is integrated into the Royal Chapel and preserves the space intended for the tombs of the monarchs from the Mallorcan royal family. It is known as the Chapel of the Holy Trinity.

In 1498 work on the bell tower was completed. This contains nine bells, the largest of which is known as Eloi.

In the 15th century, the structural section corresponding to the Old Work of the Cathedral was completed, comprising the space as far as the two portals: the Mirador portal and the Almoina portal.

In the early-16th century construction began on the choir enclosure in the centre of the main nave.

In the 1570s, the decision was taken to complete the structure of the Cathedral with the stonework from the New Work, which involved building the last section comprising the last four sets of columns, the main façade and the main portal.

During the 17th and 18th centuries, the Baroque started to appear inside the Cathedral, in the form of altarpieces, paintings and sculptures marked by post-Tridentine spirituality.

Notable among these are emblematic pieces like the Corpus Christi altarpiece, the cloister and the new chapterhouse. 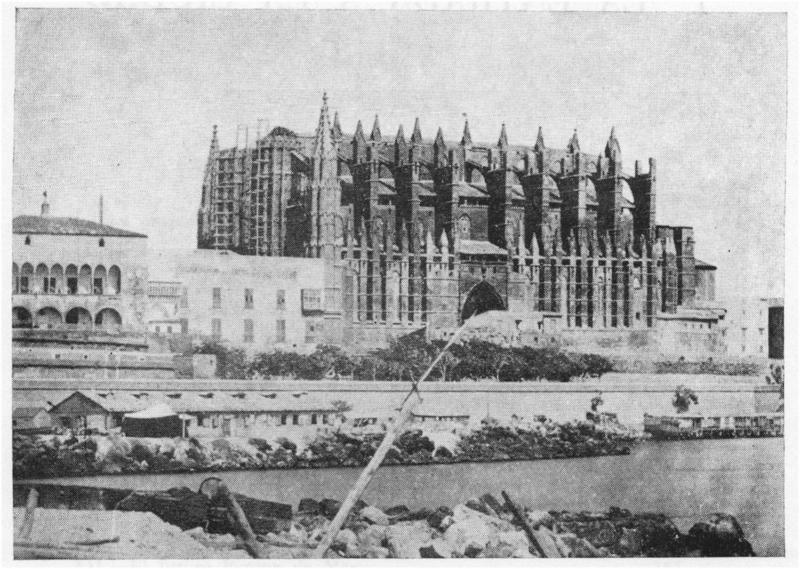 As a result of the long-standing disrepair of the structural stonework, which was worsened by the earthquake of 1851, the ensemble of the main façade was at risk. The monumental restoration of the Cathedral, with a new main façade, was the work of the architect from Madrid Juan Bautista Peyronnet.

At the start of the 20th century the architect Antoni Gaudí adapted the inner space of the Cathedral to meet the new liturgical and pastoral requirements. His intervention, promoted by the bishop, Pere Joan Campins, was carried out between 1904 and 1915. This liturgical restoration recovered space for the faithful and made visible the choir’s chancel, the bishop’s throne and the Chapel of the Holy Trinity.

The legacy of Gaudí’s work has continued throughout the 20th century with the process of opening-up the stained-glass windows and with the artistic updating at the service of the liturgy.

The most recent contribution is the adaptation of the Chapel of the Blessed Sacrament by the Mallorcan painter Miquel Barceló in light of the Second Vatican Council. 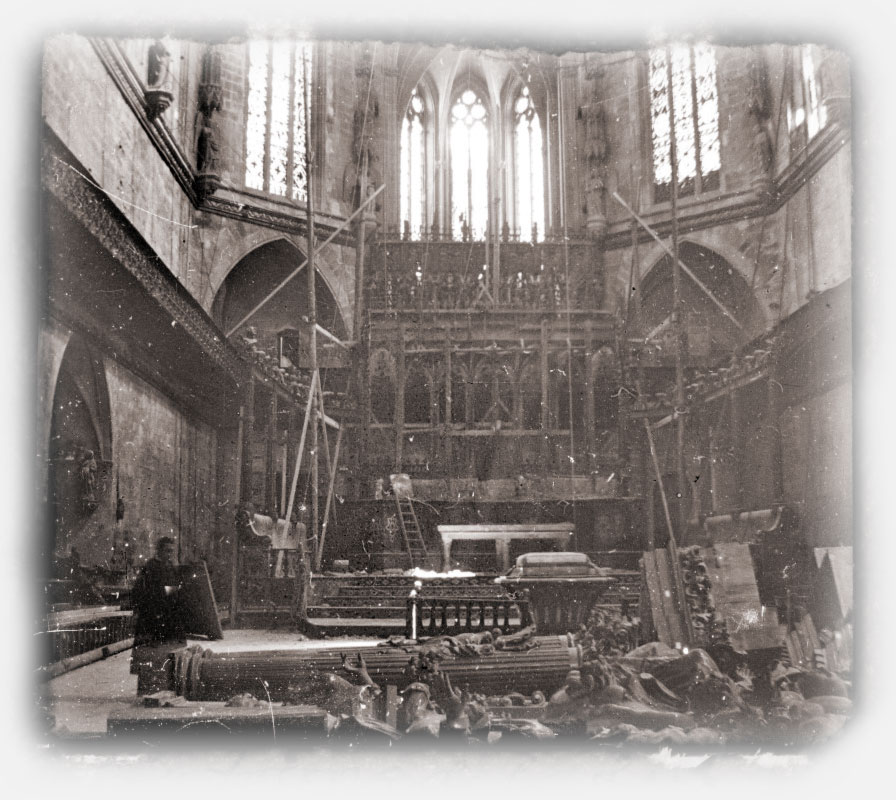 Gestionar el Consentimiento de las Cookies
We use our own and third-party cookies to offer our services, optimize the experience of our website and analyze the browsing habits of our users, with the only purpose of improving and personalizing our content and advertising. You can check all the information about the use of cookies in our cookies policy.
Manage options Manage services Manage vendors Read more about these purposes
Preferences
{title} {title} {title}